As promised a few weeks back we are pleased to feature some more high quality images from Christina Winchester’s appearances in Privilege Club. These images, which were taken at the ‘Janus House’ in Greenwich, accompany the diary entry entitled ‘Aunt’s History Lesson’ which Christina also wrote.

I had always been more than a little nervous of Aunt Bess. Maybe it was her abrupt, no-nonsense manner. Maybe it was her countenance, which always seemed to be smiling at everyone else and frowning at me. I knew that she thought me spoilt and conceited but, as far as I was concerned, it was none of her business! I loathed the way she made her enthusiastic support for corporal punishment abundantly clear to my parents, as well as her opinion that they were far too lenient with me.

When Mother and Father told me they were actually going on holiday without me, I couldn’t believe it! I found that no amount of kicking, screaming or stamping my foot could change their minds. They had booked their tickets for India and were due to leave a day after term ended. That, however, was only the half of it! I had just turned eighteen years old and felt quite capable of looking after myself. But no! They had organised for me to stay with a guardian during their absence and, to make matters worse, had entrusted me to Aunt Bess…

To see more of Christina’s lesson at the hands of Aunt Bess you can download a copy of Privilege Club 9 by clicking on the highlighted links. We’ll be featuring some further images of Christina receiving the birch next week. 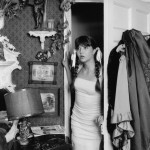 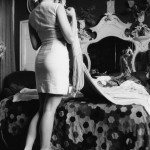 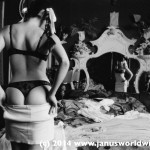 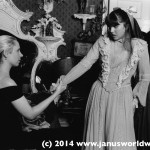 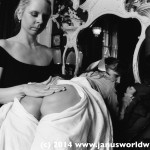 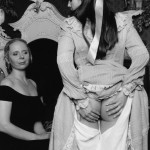