Juliet Tessler had once been a top secretary with a high opinion of her own skills. But during one extraordinary job interview she had been introduced to stern physical discipline and found her unclothed bottom on the receiving end of a cane (Janus 95). It had hurt, but the experience had made her realise how much she craved order and discipline in her young life.

Since then, tired of the difficulties of finding a job that gave full satisfaction in civilian life, Juliet had joined the Women’s Royal Army Corps. She had been a soldier for less than seven months now, but was already in trouble. Heavens, it was like being at school and getting caught sneaking out of the dorm at night!

With trepidation, then, she approached the gateway of the house she’d been instructed to report to: an old house in a remote part of town where her regiment was stationed. A house where punishments of an unofficial kind were carried out and where she was to be the recipient of whatever corrective sanction it was found necessary to inflict on her…

Lucy Bailey made her final appearance as Juliet Tessler in this memorable photo story in Janus 129. We hope you enjoy seeing these unpublished photos of Lucy’s wonderful bottom from the Janus archive.

You can download copies of Janus 95 and Janus 129 by clicking on the highlighted links. 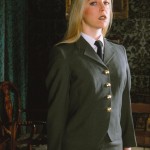 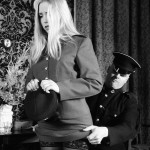 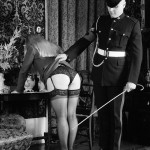 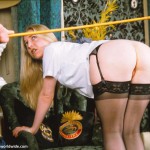 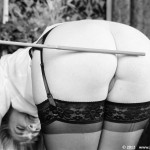 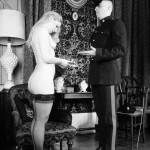 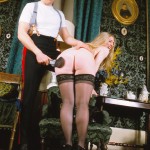