Published in 2001, ‘Jobseeker’s Contrivance’ was set in 2020 and remarkably writer Julie Holmes wasn’t far off the mark with her political predictions!

Personnel Manager Philip Harris is becoming rather frustrated with the coalition government – many of their decisions have led to a huge increase in bureaucracy. Whereas a low skilled job might previously have been filled by word of mouth, all vacancies now have to be referred to the Employment Service who select the most suitable candidates for interview.

Angie Grange is late! Sent by the Employment Service for an important interview she can’t even be bothered to turn up on time. Fortunately, Personnel Managers now have some latitude – informal discipline was steadily becoming the norm in a world where neither workers nor employers wanted to go through the convoluted grievance, dismissal or vacant job processes. Angie’s knickers would be coming down shortly…

We hope you enjoy this selection of unpublished photos from the Februs archive. To see the rest of Angie’s punishment including her caning you can download a digital copy of Februs 44 by clicking on the highlighted link. 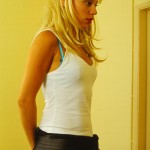 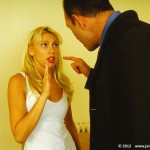 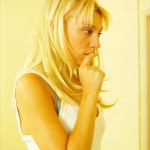 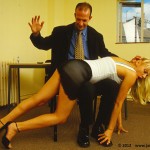 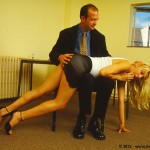 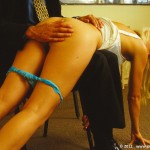 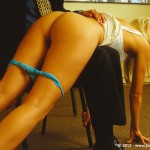 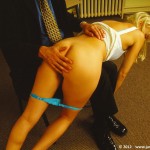 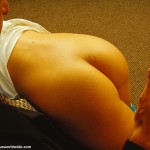 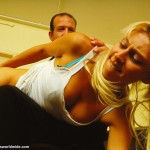 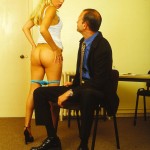 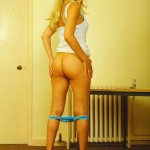