So, I received my instructions and at the appointed time arrived at a rather ordinary looking Victorian town house. The door opened automatically when I pressed the buzzer; but no one came to get me. The only way to go was up, so that was what I did, climbing the carpeted stairs, passing locked doors, until at last an open door beckoned me in.

Warily, I entered a strangely lit, almost empty space with no visible window, the only piece of furniture an ominous padded wooden structure. Placed upon it, in stark isolation, was a single implement. I don’t know how long I waited but it seemed that my whole being was concentrated upon this simple but significant object. My head felt dizzy, my heart thundered in my ears. Did I think of running away? Certainly not! And then my man stepped into the room and my ordeal began…

Amanda’s visit to the House of Exquisite Corrections appeared in Februs 28 but only featured across five pages. We’re pleased to include a selection of unpublished photos from the shoot for your enjoyment. To see more of Amanda’s ordeal you can download a copy of Februs 28 by clicking on the highlighted link. 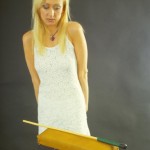 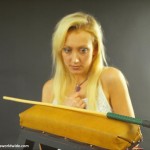 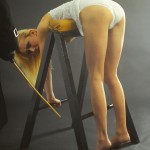 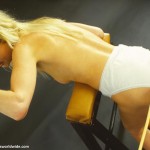 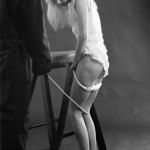 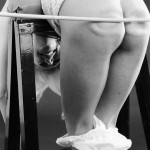 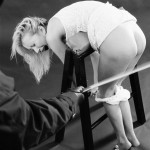 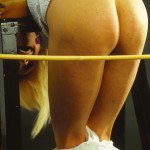