Janus began more than 40 years ago as the brainchild of one extraordinary man – Gordon Sergeant. Originally it was a pocket sized monthly magazine called ‘Mentor’, first published in 1971. Described as a magazine for ‘the modern discerning adult’ and edited by Peter Brewer, Mentor focussed on a range of different fetishes. The magazine changed its name to Janus from issue 5 because Mentor conflicted with the name of another publication. A perceptive member of staff hit on the title ‘Janus’ to signify the Roman god of the hearth and the doorway who looked inwards and outwards. 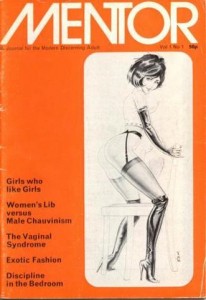 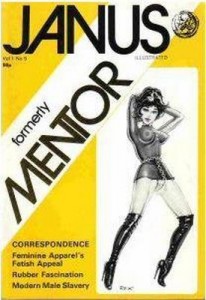 The magazine was published in yearly volumes of twelve monthly issues but in 1973 Janus published three specials. The first focussed on bondage, rubber and leather fetishism, the second on spanking (below) and the third on fetishism beneath the skirt. The editorial team were overwhelmed with the response to the spanking special and published a further three spanking specials that same year. 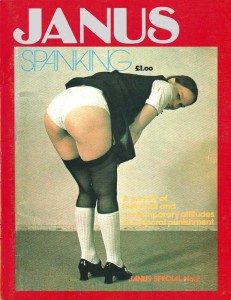 At this time the magazine was published from offices at 164 North Gower Street, London and the main Janus bookshop was at 10 Irving Street, London (below). 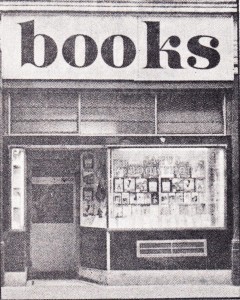 Following the success of the spanking specials the magazine gradually began to shift its focus solely towards spanking. A new editor, AG Van Okker, took the helm in 1973 and the popularity of the magazine began to build. Van was a colourful and well-loved character with an active interest in the subject matter. He also went by the name of Homericus and published an interesting book about his life (below). 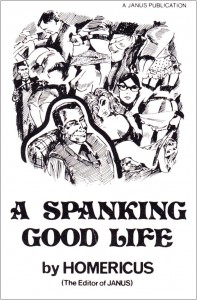 When the lease on Irving Street ran out in 1977 the main Janus shop moved to 4 Greens Court off Brewer Street (below). In the late 70’s the lease on Green’s Court also expired and the main Janus bookshop settled in to it’s final home at 40 Old Compton Street. 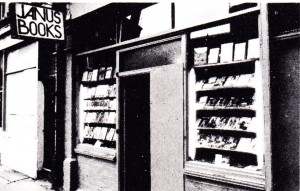 The magazine reached its first 100th issue in 1980 (below). Also in 1980 ‘The Janus Club’ (subsequently renamed ‘The Privilege Club’) was launched and the name of Gordon Sergeant appeared in the magazine for the first time. Fluent in many languages, a crack marksman, and old Harrovian, Gordon was a larger than life character. As well as founding the magazine he was secretary of the Privilege Club for over 25 years and among his many responsibilities he organised the annual Michaelmass School Dinner (hosted by long time Janus supporter Sir Dai Llewellyn) and once travelled to Malaysia to personally source the supply of a range of punishment canes for the Janus shop. 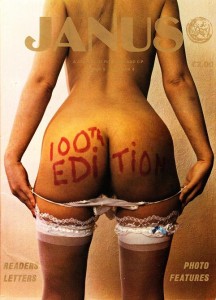 At the end of 1980, Volume 9, Number 12 marked the 108th and last issue of the yearly volumes. It was the end of an era in more ways than one because Van, who had been very ill for some time, sadly passed away. As photo editor and producer of Janus films the legendary George Harrison-Marks (below) had been supporting Van to edit the magazine during his illness and was the natural choice to take over after his death. The editorial for Volume 9, Number 12 tells readers to look out for Volume 10 Number 1 but it wasn’t to be… 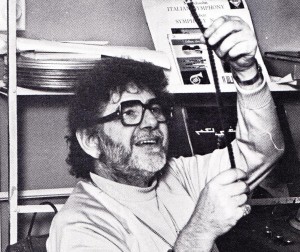 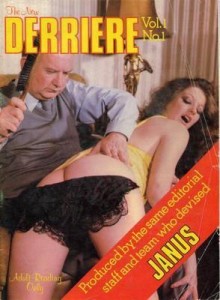 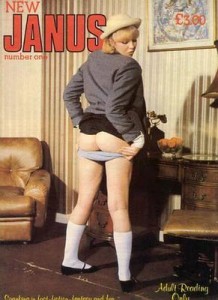 George Harrison-Marks continued to edit the magazine during this period also producing some of the most popular films, which were shown in the viewing booths at the back of the shop. His last major film for Janus was ‘Warden’s End’ in 1981, which was shot in and around 40 Old Compton Street. Following the publication of New Janus issue 7 in 1982, George stepped down as editor and left to set up Kane magazine. By this time Janus was no longer the only major spanking magazine on the market. Both Roue and Blushes had arrived on the scene and were proving very popular.

Alan Bell, the owner and editor of Roue was approached to become editor of Janus and, for a short period (Janus 8-10), he was editing both magazines. As part of the new team Alan brought Peter French and Vic Barnes with him and it was Peter and Vic who took over full running of the magazine as editor and photo editor respectively from issue 11 (below). Initially they produced the magazine from offices above the shop before moving to new premises in Golden Square. The next few years were something of a golden age for Janus. Featuring artwork by Paula Meadows and fiction by writers such as Richard Manton and R T Mason the magazine set the standard for its competitors producing innovative photo stories of a consistently high quality even when censorship restrictions were at their peak. 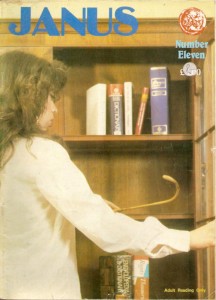 Also in 1982 Westminister City Council granted a licence to the Janus Shop in Old Compton Street (below). The licence was renewed annually until the closure of the shop in 2011, at which point the annual cost had reached the astronomical sum of £29,102. (This exorbitant fee is the subject of a judicial review, which is due to be heard in March 2012.) 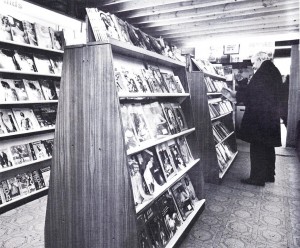 As part of the condition of the licence the council dictated that sex shops had to have completely blacked out windows. Unbeknownst to them, Gordon Sergeant had already decided that a black window would lend the shop a dark, mysterious yet irresistibly inviting look.  Francis Bacon, the eminent artist and ardent fan of Janus, kindly offered to paint the boards that were used to protect the public from a glimpse of something shocking. Champagne flowed as a gathering of distinguished Soho figures witnessed this event.  Francis is pictured here outside the shop with his long time friend and companion, John Edwards. 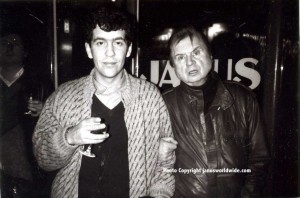 The magazine produced a series of popular videos with high production values during the early 1980’s. The St Winifred’s Trilogy (below), The Disciplinarian and the Moral Welfare videos were among the best films available on the market at the time. They sadly disappeared from the shop following the introduction of the Video Recordings Act 1984. 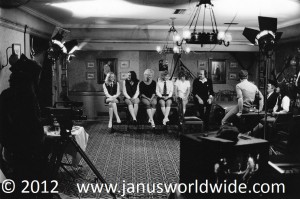 In March 1994 Janus saw it’s first major change of staff for well over a decade. Following the publication of its second 100th issue a new editor, St John North, took the helm. St John (who was better known to Janus readers as ‘Christian’, the husband of Sophie Fennington) would edit the magazine for the remainder of it’s run. 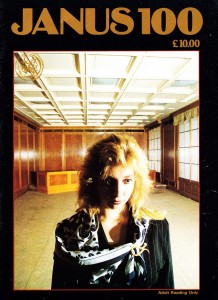 A sister publication to Janus was also launched in 1994. Februs was edited by former Janus model and illustrator Paula Meadows (below) and ran for forty-eight issues until 2002. It’s important to acknowledge the enormous contribution Paula made to Janus and Februs over the years. Her illustrations defined Janus during the 80’s, creating an identity and sense of continuity for the magazine. The success of Februs was entirely down to Paula and the excellent team of contributors she assembled around her. Gordon Sergeant once said of her that she was ‘the most marvellous, loyal, decent and professional person I’ve had the pleasure to work with’ which says it all. 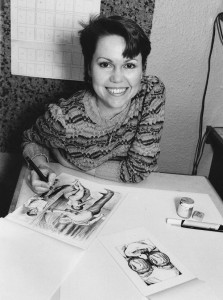 Janus extended its portfolio of magazines in 1995 and Stephen Sims, who had been a regular contributor to Janus over a number of years, took on editing duties for Privilege Plus and Privilege Club Magazines.

As access to spanking related material became increasingly more easily available online the Janus publication schedule slowed down with only 4 to 6 new issues being produced each year. When Janus 167 was published in 2007 there was no indication at the time that this was to be the final issue. Despite an excellent re-launch in Janus 161 the magazine had reached the end of its natural life. The Internet had finally seen off the longest running spanking magazine in the world. 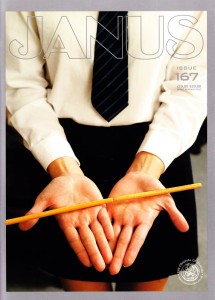 In April 2011 the Janus shop shut its doors for the last time. Barely a month later in May, Gordon Sergeant died peacefully in his sleep aged 82. With the closing of the shop and Gordon’s death coming just a month apart it was the passing of an age. 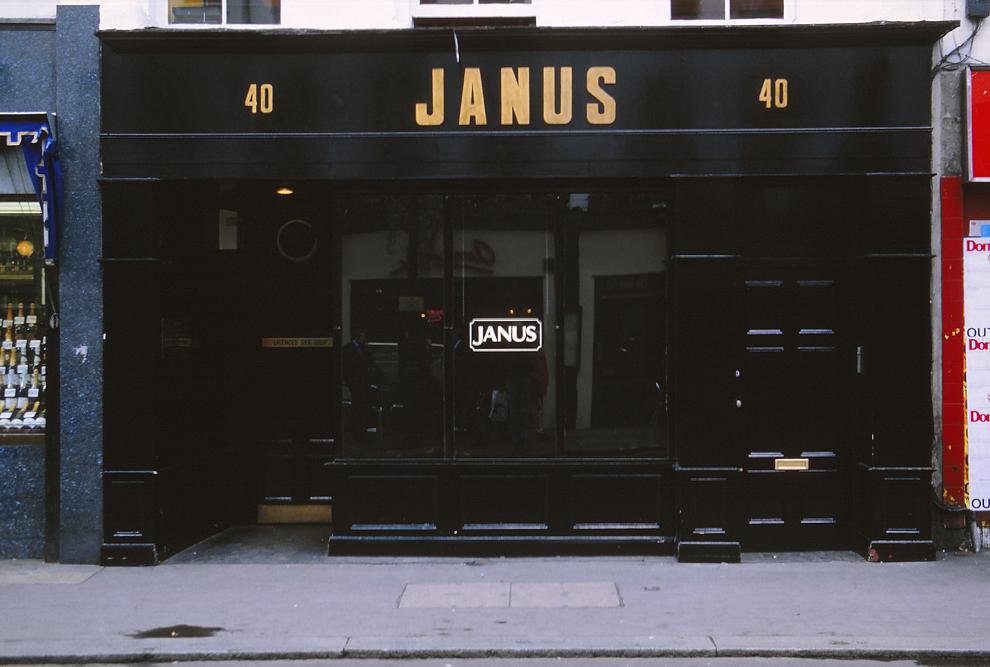 If you were into spanking and grew up in the 70’s, 80’s or 90’s it was easy to believe you might be the only person in the world with those fantasies. For so many the shop and the magazine were a light in the darkness of a pre-internet world. Those of us who discovered Janus could be confident that we were not alone with fascinations that some in society labelled strange or immoral. Many of us owe a debt of gratitude to all the legendary characters that created and sustained the magazine over those many years and lets not forget the gentlemen who ran the shop especially Mick, Peter and Dave.

Fortunately Gordon’s nephew Tarquin has launched Janus online to reach a bigger audience than ever before. As Janus enters its 41st year we’re now 100% online and aiming to bring you an even better service, with a bigger range, more content and original movies. Check out our online shop where you can now download digital copies of many classic magazines and videos. We’re confident Gordon would be delighted to see his beloved creation continuing to prosper into the 21st century. 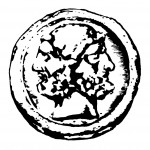